50th anniversary of Baghdad hangings: I’m scared – but I must say what happened 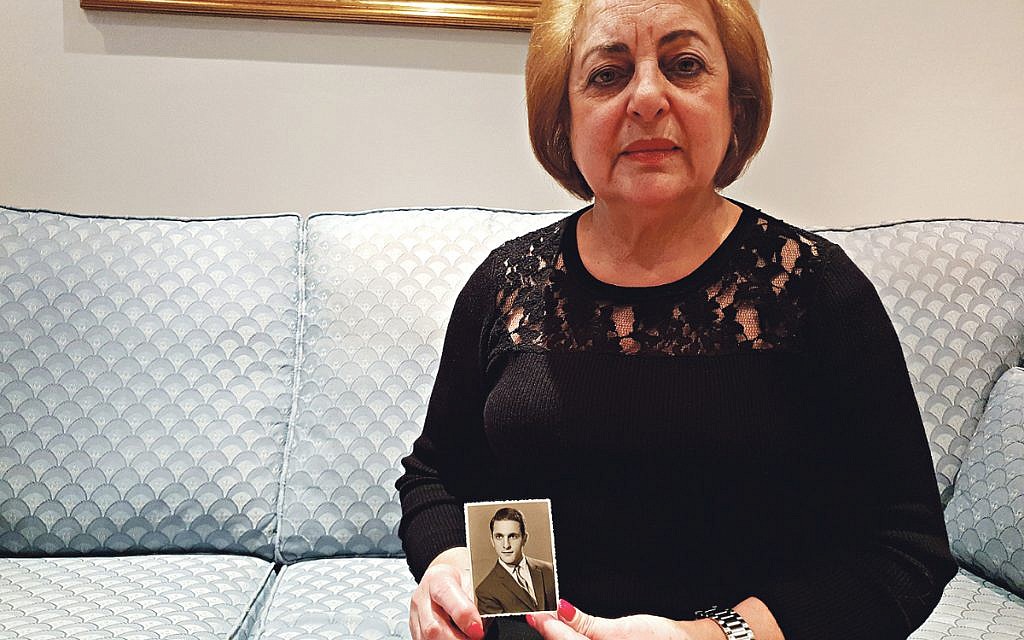 Now, she breaks her silence to Jewish News.

Some interviews are tough to arrange.

Logistics, schedules, people’s lives, they all get in the way.

Others prove mysteriously tough to pin down.

Such was the case with Faiza Saigh, 70, a softly-spoken grandmother from Mill Hill and sister of Daoud Ghali Yadgar, one of several young Jewish Iraqi men hanged in 1969, accused of spying for Israel.

“There’s still fear,” she says, contemplating this month’s 50th anniversary of the ‘Baghdad Hangings’ where nine innocent Jews were hanged in the Iraqi capital’s Liberation Square.

Faiza was 20 years old, living at home in Basra while studying at the city’s university, when Daoud – or David – was taken.

Much of what she tells me over the next hour, in an emotional fight through tears and memory, she is yet to tell her own family.

“That’s why it was so long to do it,” she says, explaining the mysteriously tough scheduling.

“I’ve spent the last few days thinking about things I haven’t thought about for 50 years, things I had put away.”

The following is Faiza’s free-flowing account of what happened in her own words.

It’s raw and unedited, and best that way.

“We lived in Iraq all our lives, parents, grandparents… Jews were not allowed to leave the country, not even someone dying of cancer.

We lived in Basra, me, my mother, my father, my younger sister and my brother Daoud.

My oldest brother Faoud was studying in England, but the Government later said any Jews studying abroad must return or have their citizenship revoked, so my father told him to stay.

We were living in terror.

Every knock at the door you felt was someone coming to take you away.

We had a comfortable life, my father was a banker and my brother worked with him in the business.

There was a Jewish community there in Basra.

Others lived in Baghdad.

We were living in terror.

Every knock at the door you felt was someone coming to take you away.

“I was in my final year at Uni when I came home one day to find something not right.

I was told the police had come to take Daoud away.

They said it was ‘just a few hours, just a few questions, we’ll bring him back.’ When they didn’t my mother started searching for him.

We heard Daoud wasn’t the only one – a few doors down another Jewish man of a similar age to my brother had been taken too.

Some were husbands, some fathers, one man his wife was pregnant.

The police said they had all gone to Baghdad.

“My mother went immediately and left us at home with my father.

We hardly saw her for next two months, until the day they hanged him.

She was searching everywhere, begging them to let her bring him food.

She stayed with the Cohen family, who also moved to England later.

We didn’t know what was going on.

Nobody would give her any information.

My father was sick with worry and needed Vallium.

He and Daoud were very close. 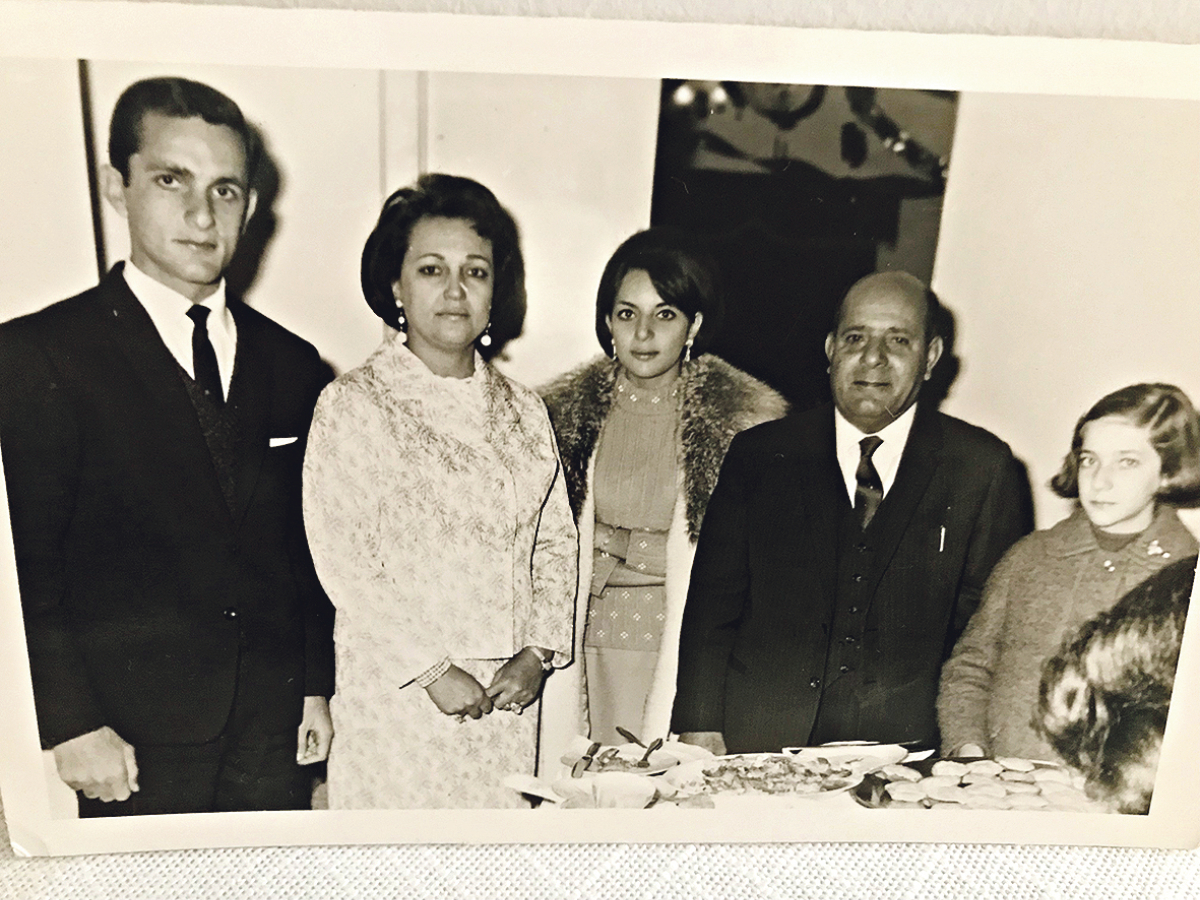 “One night, me and my sister went to sleep and my father stayed up listening to the radio as always.

We had a TV but most of the news came through the radio.

That’s when he heard the trial being broadcast, that night, Daoud and the others confessing to spying for Israel, ‘we went here, we did this,’… They confessed and that’s when the judge ordered their death by hanging.

They were killed there and then.

Early the next morning, before 5am, their bodies were put in the square.

It all happened so quickly.

“We heard they tortured them.

It was freezing in those two winter months, severe cold, and I had a dream one night that Daoud was sleeping on a block of ice [breaks down crying].

We used to buy ice from a van in the street as we didn’t have freezers.

I dreamt he had to sleep on one of those blocks.

We heard they were taking their nails off.

They made them confess.

They were killed there and then.

Early the next morning, before 5am, their bodies were put in the square.

It all happened so quickly

When my mother heard that their execution had been ordered, she didn’t think it would happen, so she went to take a taxi to the airport to fly to Basra.

The son of the Cohen family, David Cohen, was told to go with her to the road to get a taxi.

He now lives in England and told me what happened.

My mother asked the driver to take her to the airport.

He looked at her and said ‘Lady, don’t you know? They’re hanging the spies in Liberty Square.

All the roads are blocked.

Where can I take you?’ At this point, David told me that my mother asked the driver to take her to the square.

There were thousands of people.

She went and saw the bodies, the people dancing underneath.

She never told us.

“She asked the Cohens to take care of things like burial, shiva, whatever needs doing, so she could return to her family.

She couldn’t fly so she took a taxi all the way to Basra, five hours.

Later they brought three people to be hanged in Basra as well, to make a point.

The whole country despised the spies.

They were using the Jews to show they had power, using us like guinea pigs.

They were using the Jews to show they had power, using us like guinea pigs.

“My father got diarrhoea when he heard about Daoud.

I couldn’t move from my bed for a week.

I was in my final year at Uni, everybody knew me, knew Daoud, knew he’s my brother.

How could I go back? It was January, my final year was May, so I forced myself to go.

Even my closest friends were scared to talk to me, to wish me long life.

I was dressed in black.

I remember my first lecture back, five minutes in, I just burst out crying, sobbing so loud, it was uncontrollable.

Nobody knew what to do with me, nobody breathed, then the lecturer just carried on like nothing happening.

My sister was 12 so my mum told her Daoud had gone to London to be with my other brother.

“People didn’t treat us badly but they were too scared to show sympathy.

I felt different, like a black sheep, the sister of the spy.

They all knew it’s not true but who can say anything? They were very sad for me, I could see, but even Jewish friends were scared to come to see us, they were worried they would be seen and assumed to be spying themselves.

Eventually the families got together.

We were all in the same situation.

The way we were being treated, it was like the Gestapo.

I had a baby girl, we left when she was three months old, in 1971, we escaped through the Kurdish areas in the north after we heard somebody was arranging it.

We just had a small suitcase, like going to Scotland for a short holiday.

We came to England because my brother was here.

Faoud first found out about Daoud when he read it in the newspaper and he fainted.

I was dressed in black.

I remember my first lecture back, five minutes in, I just burst out crying, sobbing so loud, it was uncontrollable

“When my mother passed away six years ago, I saw in her possessions she had lots of photos of Daoud and pages of his calligraphy writing.

She was very brave to go looking for him for two months.

Daoud had just turned 23 when they killed him.

There were no politics.

We were Jewish, that’s it.

What can you do when you are in a minority?

“I wish I could move to Israel.

My son made aliyah 18 months ago.

I also have a daughter here.

I have blocked most of this from my mind completely, since it happened, since I came.

I don’t know what my father must have felt hearing the radio that night, one by one, hearing them confess, hearing Daoud.

I understand they were given to the synagogue for burial.

We heard at one stage that when the Americans went into Iraq they would get the bodies and bring them to Israel, but I don’t think it happened.

They did a memorial for them in Ramat Gan, where there is a big Iraqi Jewish community.

“My family is here now.

My oldest brother still lives in Edgware, my younger sister is in London too.

When I look back, they thought nothing of killing the Jews.

It was to scare us, to scare everyone.

After they finished with us, they began killing each other.

I was scared to do this interview, scared to think who might read it.

But I decided to do it, with the encouragement of my son.

I have to say what happened.”