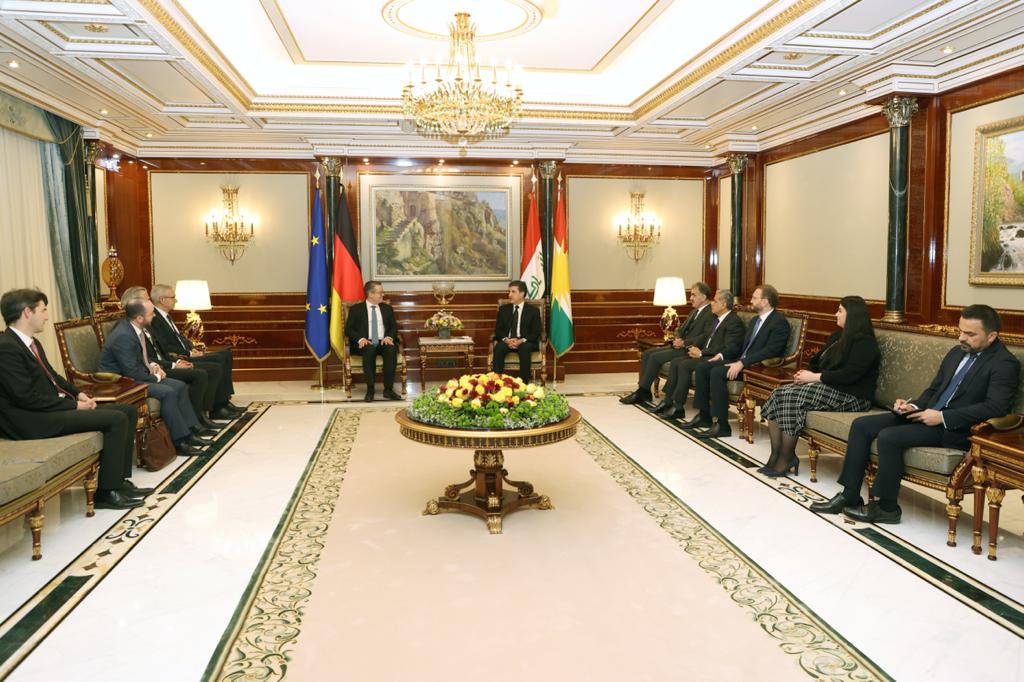 2023/01/25 | 23:40 - Source: Shafaq News
(ThisDay | Iraq News Now)- Shafaq News/ The President of Kurdistan Region, Nechirvan Barzani, received, on Wednesday evening, the German Minister of State, Tobias Lindner, and his accompanying delegation.According to the Kurdish Presidency's media office, the two sides discussed relations between the two countries, the Bagdad-Erbil talks to solve the outstanding problems, the internal situation, the ties between Iraq and the Kurdistan Region with neighboring countries and the region, and other issues of common interest.The duo also agreed that political stability in Iraq and the Kurdistan Region is necessary for progress in all fields.President Barzani expressed the country's desire to boost cooperation with Berlin, especially in the economic field.He thanked Germany for its assistance in the war against ISIS and Bundestag's recognition of the genocide against the Yazidis."ISIS still poses a serious threat to the security of Iraq and the region.

Therefore, Iraq and the Kurdistan Region still need the assistance of the Global Coalition in this issue." Both agreed.On Wednesday, Lindner arrived in the capital of the Kurdistan Region on an official visit.The delegation will meet PM Masrour Barzani tomorrow.In a statement, the German Minister of State said he would also meet with representatives of the military missions Operation Inherent Resolve and NATO Mission Iraq.

In addition, I will learn about the current situation of the Yazidi community in the north of Iraq.
Read all text from Shafaq News
Sponsored Links