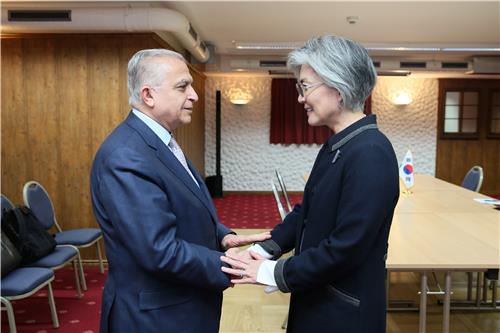 The Iraqi minister requested Seoul‘s continued support and cooperation in the reconstruction and stabilization of his nation.

Kang said South Korea will continue humanitarian assistance for Iraq and also expressed hope for close ties between the two sides under a new government in the Middle Eastern country.

For South Korea, Iraq has been a key partner in the construction and energy field since they forged diplomatic relations thirty years ago.

Iraq is the third-largest crude oil exporter to South Korea, with trade volume totaling US$78.3 billion in 2017.