No politics please for Baghdad bikers aiming to unite Iraq 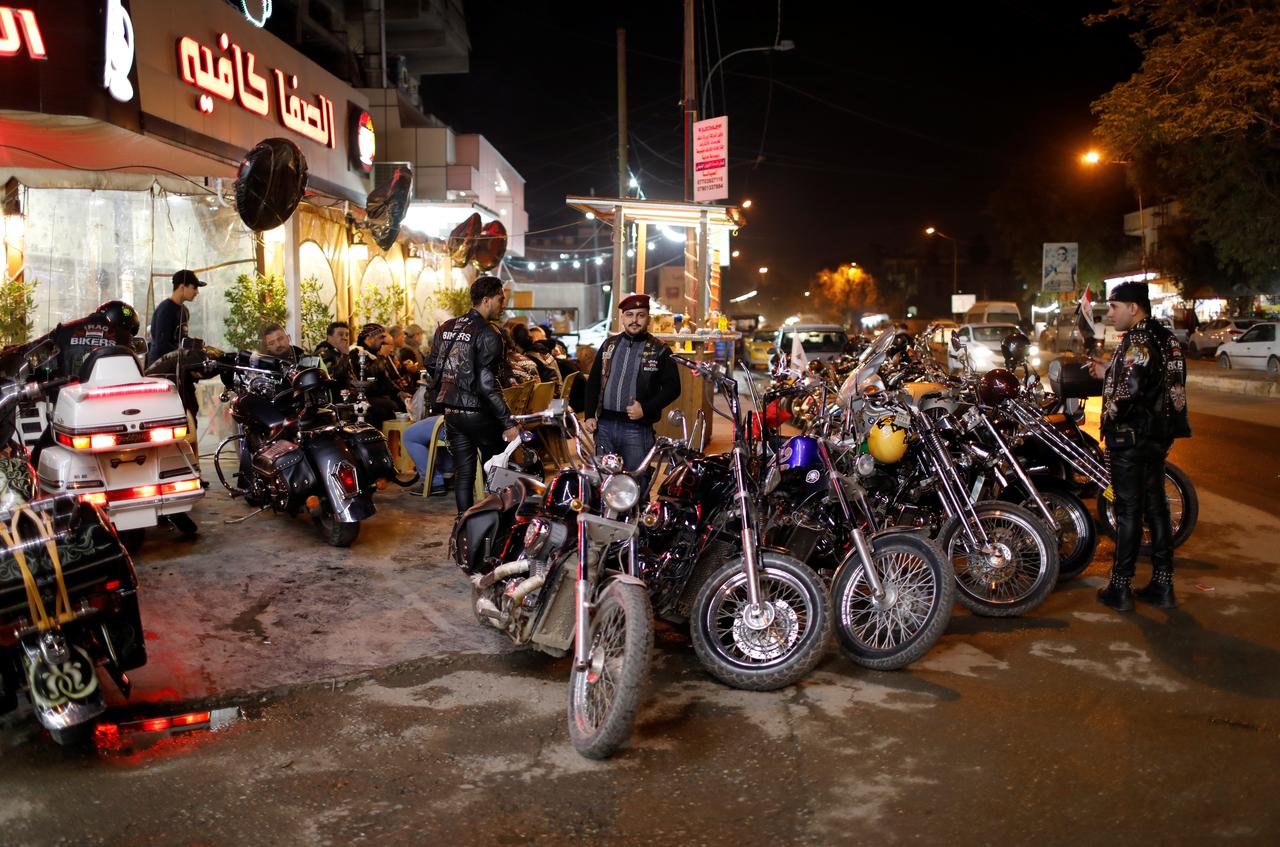 Weaving in and out of traffic, only the lucky few ride Harley Davidsons - a rare and expensive brand in Iraq - while others make do with bikes pimped-up to look something like the “Easy Rider” dream machines.

“Our goal is to build a brotherhood,” said Bilal al-Bayati, 42, a government employee who founded the club in 2012 with the aim of improving the image of biker gangs and to promote unity after years of sectarian conflict.

That is why the first rule of his bikers club is: you do not talk about politics.

“It is absolutely prohibited to talk politics among members,” Bayati told Reuters as he sat with fellow bikers in a shisha cafe, a regular hangout for members.

“Whenever politics is mentioned, the members are warned once or twice and then expelled.

We no longer have the strength to endure these tragedies or to repeat them,” he said, referring to sectarian violence.

With his black bandana and goatee, the leader of the Baghdad pack, known as “Captain”, looks the epitome of the American biker-outlaw.

But while their style is unmistakably U.S.-inspired - at least one of Bayati’s cohorts wears a helmet emblazoned with the stars and stripes - these bikers fly the Iraqi flag from the panniers of their machines.

The Iraq Bikers - who now number 380 - are men of all ages, social classes and various faiths.

One of their most recent events was taking party in Army Day celebrations.

Some are in the military, the police and even the Popular Mobilization Forces, a grouping of mostly Shi’ite militias which have taken part in the fight to oust Islamic State from Iraq in the last three years.

“It is a miniature Iraq,” said member Ahmed Haidar, 36, who works with an international relief agency.

But riding a chopper through Baghdad is quite different from Route 101.

The bikers have to slow down at the many military checkpoints set up around the city to deter suicide and car bomb attacks.

And very few can afford a top bike.

“We don’t have a Harley Davidson franchise here,” said Kadhim Naji, a mechanic who specializes in turning ordinary motorbikes into something special.

“So what we do is we alter the motorbike, so it looks similar ...

and it is cheaper.”