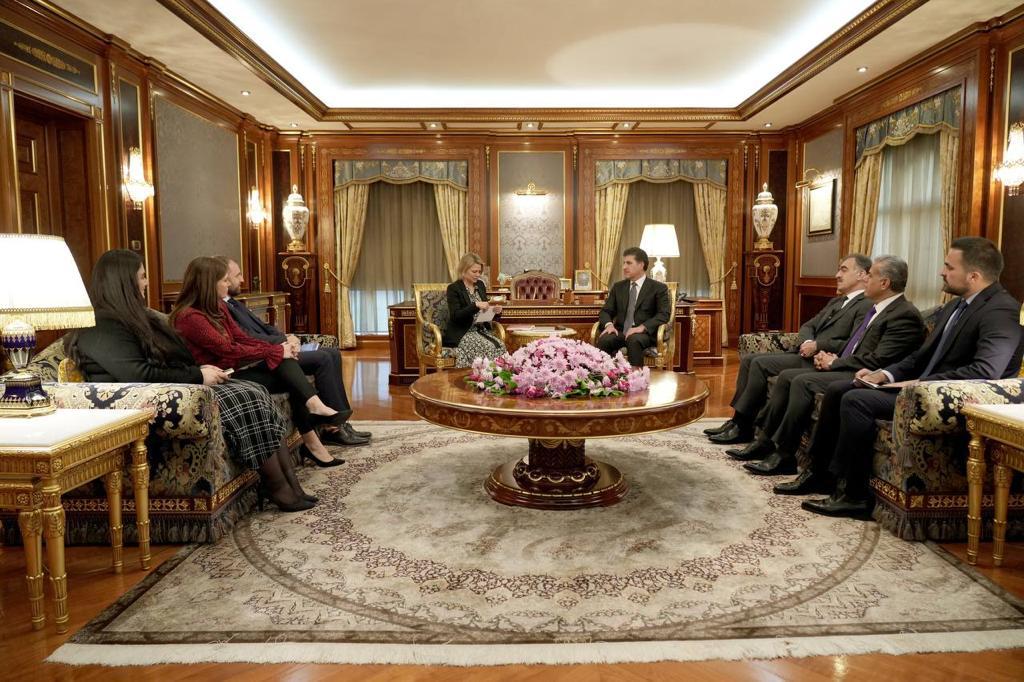 2023/01/25 | 22:52 - Source: Shafaq News
(ThisDay | Iraq News Now)- Shafaq News/ The President of Iraq's region of Kurdistan, Nechirvan Barzani, on Wednesday welcomed the United Kingdom's new Consul-General in Erbil, Rosey Cave, an official readout by his bureau said.According to the readout, President Barzani congratulated his guest on her appointment, expressing willingness to provide her with facilities to discharge her duties.President Barzani, the readout said, thanked the United Kingdom for the support it offered to Iraq and the Kurdistan region in all fields.The British diplomat said she would spare no effort in developing her country's ties with the Kurdistan region and expanding their partnership in all fields.The meeting touched upon the cooperation prospects between London and Erbil and a spectrum of issues of mutual interest, the readout said.
Read all text from Shafaq News
Sponsored Links